The Italian-German conductor Marco Celli Stein was born in Rome and began his studies in music with his pianist mother, Ingeborg Stein, who had been a student of Carl Leimer and Walter Gieseking in Berlin. He then studied piano with Vera Gobbi Belcredi and flute with Adolfo Longo, Marianne Eckstein and Gustav Scheck. Eventually he obtained his diploma as flautist at the Santa Cecilia Conservatorium in Rome.

In collaboration with the famous composer Goffredo Petrassi, Celli Stein began his career as founder and artistic director of the Goffredo Petrassi Chamber Orchestra. He was invited to several Italian and international festivals, at which he played as flute soloist and in chamber ensembles. These performances involved a vast repertoire, from the Baroque to the contemporary music, and included premières which offered seldom-performed flute repertoire.

After specializing in conducting with Leonard Bernstein in Italy and Germany, Celli Stein conducted symphonic concerts and operas, particularly in Europe and South America. He specialized in the Italian opera repertoire (eg Verdi, Rossini, Donizetti, Bellini) as well as in the German romantic repertoire. He gave several concerts for UNICEF, RED CROSS and TELETHONS and participated in the commemoration of the 50th Anniversary of the Fosse Ardeatine Massacre, performing works by the composer Leone Sinigaglia, a Jewish martyr during the 2nd World War. 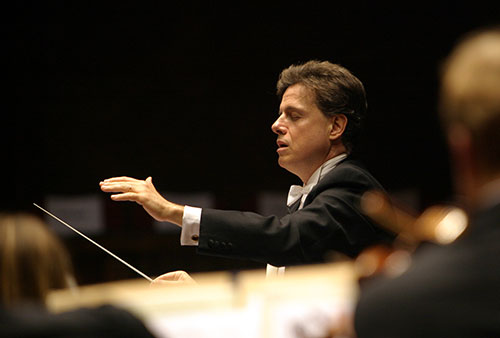 In 1999, in collaboration with the renowned violinist Uto Ughi, Celli Stein founded the “Homage to Rome” Festival. Within this Festival he promoted the Homage to Rome Award, which was granted to great personalities of music and culture such as Mstislav Rostropovich, Isaac Stern, Michelangelo Antonioni, Carlo Giulini, Galina Vishnevskaja, and Goffredo Petrassi. In addition, Celli Stein also promoted the Youth Orchestra of Italian Conservatories, selecting the best Italian music students throughout Italy.

As part of his commitment to the organization of activities for the support and development of classical music among young people, Celli Stein founded the Music Concert Centre to promote musical projects, events and audio-video activities. He also created the Acoustics Award, which is granted to theatres with outstanding acoustics and the most appropriate restorations. The Flavio Vespasiano Theatre in Rieti was the winner of the first of these awards.

In 2002 Celli Stein was invited to Honduras to conduct several concerts as part of the celebration of the 500th Anniversary of the first Christian Mass in Latin America. In 2003 he conducted a concert for the National Day of Blood Donation at the Auditorium della Conciliazione in Rome. Following this event he conducted many more concerts during the Region of Lazio campaign for blood donation. Among these were open air symphonic concerts in Piazza Navona and in Piazza di Pietra in Rome with the renowned film score composer Stelvio Cipriani. For his support of this campaign Celli Stein was awarded the PREMIO AMICIZIA 2004 (Friendship Award 2004).

Celli Stein is always very active in events promoting solidarity and charitable causes. For example, he was guest conductor at the celebrations of the recovery and the restoration of historical hydroelectric plants in Val d'Aosta. With the Associazione Musicale Internazionale, of which he is President, he organized, “Homage to Mother Teresa of Calcutta”, a symphonic concert attended by 2.000 people, within the celebrations for her beatification in 2003. This event included the participation of the most famous Italian stage actress Anna Proclemer.

In December 2003 he set up a series of concerts named “Great Vienna Concerts in Lazio”. These concert, which were sponsored by the Region of Lazio, opened the celebration for the 2004 Bicentennial of the birth of Johann Strauss senior. He also envisaged an the “Johann Strauss Jugendorchester”, a youth orchestra formed by young musicians from all over Europe. 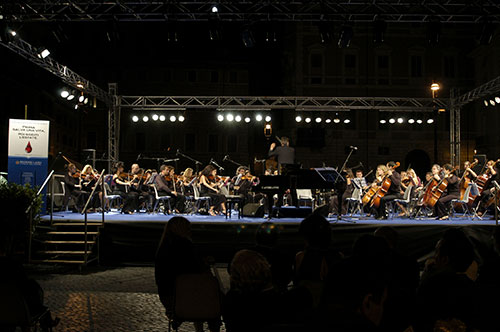 In 2004 Celli Stein founded the “Festival sans Frontières” in Rome, at which different artistic branches including theatre, dance, comedy and cinema are linked by classical and pop music. This project was highly appreciated by audiences and continued with great success also in 2005, 2006, 2007 and 2008.

In 2004 he also recorded the first movement of Eine Kleine Nachtmusik by W. A. Mozart, for the Italian Radio Television programme Tuttobenessere (RAIUNO) led by Daniela Rosati.

In 2006 he was invited by invited by Monsignor Liberio Andreatta, President of Opera Romana Pellegrinaggi, to participate in the cultural and artistic events surrounding the restoration of the historical Maffei Marescotti Palace in Rome. He performed as soloist and conductor with the participation of Tosca and Paola Saluzzi.

Celli Stein also took part by invitation in the launching of the largest Italian cruise ship Costa Crociere Concordia with the participation of the internationally renowned singer Noa.

In October 2008 he was invited by the Italian Radio Television to conduct the première of Psalm 114, composed by Maestro Stelvio Cipriani, within the live reading of the Bible begun by the Pope Benedictus XVI, in the Basilica of the Holy Cross in Rome.

In recent years he has devised and organized several original musical events such as: 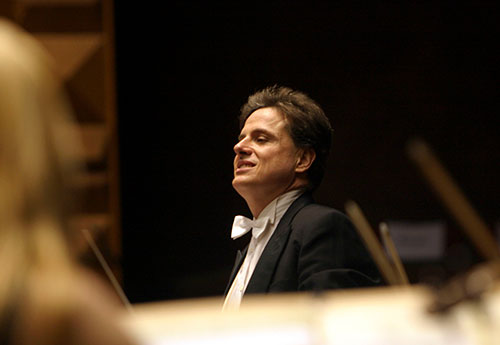 Celli Stein took also part in the jury of the “ROLANDO NICOLOSI” competition for opera singers, and, together with this famous pianist and accompanist of the greatest singers of the 20th century, he devised the project AVE MARIA FOR A SYMPHONY. This was dedicated to Pope Francis on the occasion of the Bicentenary of the first performance of the Seventh Symphony by Beethoven.

In 2014 he organized live concerts for Christmas time with the soprano Katia Ricciarelli. He paid homage to her professional career, showing videos with her opera performances conducted by the most famous conductors of the 20th century, including Herbert von Karajan. Celli Stein also played musical pieces for flute, soprano and piano.

In 2015, with the Nova Amadeus Chamber Orchestra, he conducted a cycle of Mozart and sacred music concerts within Easter celebrations in various concerts halls and basilicas in Rome and in various Italian regions.

Celli Stein has also specialized in the composition of film scores, and in 2016 his work in this area was recognized in his receiving the “Manuel De Sica” prize at the “Terra di Siena” Festival in the prestigious Accademia Chigiana.

During Holocaust Remembrance Day 2018 he focused on the Jewish composer Leone Sinigaglia, and in order to share this rarely performed repertoire Celli Stein conducted Sinigaglia’s “Adagio Tragico” and concert for violin and orchestra.

In addition to his numerous musical activities Celli Stein is also an innovator in the field of corporate leadership. In fact, he developed a method to train executives how to manage a team in the same way as a conductor manages an orchestra. He is therefore regularly invited by prestigious companies to speak at conferences on the analogies between leadership and orchestra conducting.